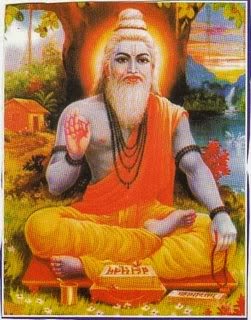 The Study of Vedas at Sree Lalitha Veda Patasala

Vedic Dharma (Apaurusesya or Non-Human) has no specific known beginning. It is considered timeless. The mantras, which struck the consciousness of Rishis in their meditation, took the form of Vedas.

The Vedas were essentially preserved by an oral tradition for the first couple of millennia and Vedic Smrties were handed down from generation to generation by word of mouth. This tradition emphasized the preservation of the actual sound of the Vedas over their meaning and interpretation. The mantras (sentence or verse of Vedas) acquire their powers by virtue of the acoustic energy of the syllables. This oral tradition has been preserved through a hoary tradition of preceptor and disciple through generations, lest errors in pronunciation creep in while reciting the written text.

OUR DUTY
The practice of Vedic Dharma will ensure Moral uplift, communal harmony, Tolerance, Non-violence and ultimate peace of Mind.  As people move away from the Vedic Dharma, we find strive, disharmony and tension all round between us.  We are duty bound to revive the Vedic Studies and restore at least a modicum of the lost glory and splendor.  In fact we need to proceed on war footing in this regard.

OUR MISSION
It is proposed to accommodate 10 students in Sree Lalitha Veda Patasala at first phase with a Vedic Pandit to train the Vidyartis.  Srutis & Smritis stipulate that only Brahmin community can do Adhyayanam [learn] & also Adhyapanam [and teach].  There are no fees, no charges for lodging and food is entirely free.

Do you have any ideas to bring it up ??? Feel free to reach us @ sreelalithatrust@gmail.com with your mite contributions…We shall implement, if accepted.